Last week I went on holiday to the Lake District with my boyfriend and our puppy, Chips. I’d never been to the Lakes before and we had a fantastic time filled with lots of walks, drinking great beer in cosy pubs and eating the best food. One of the highlights of our trip was a visit to the Hawkshead Brewery in Staveley. We’d wanted to visit for ages and when we realised that where we were staying in Bowness-on-Windermere was not too far away, we decided that we must go. 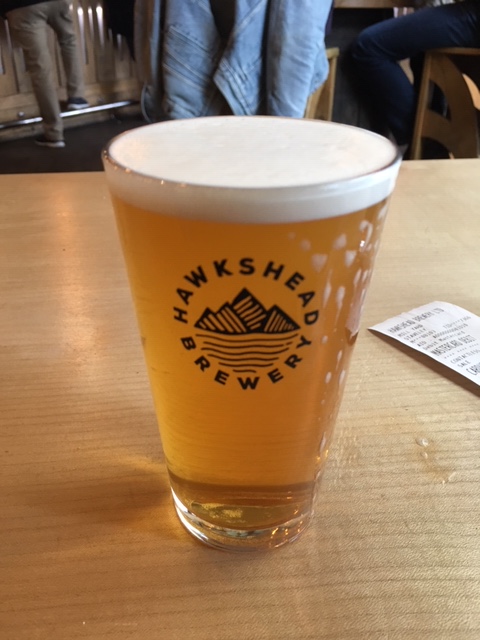 To get to Hawkshead, we had to get a bus to Windermere and then a train to Staveley. The trains are only every hour, despite it only being a 10 minute train ride, but we didn’t mind as it gave us an opportunity to have a look around Windermere. We stopped off at a great pet shop and bought Chips a toy turkey and some treats to keep him happy. He got very excited, as it was his first time in a pet shop and dragging him out of there so we could catch our train was somewhat of a challenge!

We arrived at the tiny station in Staveley and worked out that it was about a five minute walk from the train. The village of Staveley is small and quaint, with lots of picturesque cottages. On the way to the brewery, we passed a few local restaurants, a coffee shop and a place selling gelato which all looked welcoming. We arrived at Mill Yard where the brewery is and realised that it was the modern looking building that we had seen as we were coming in on the train. At first Mill Yard appeared similar to many of the industrial estates where you can often find brewery or two, however we were surprised to see a chocolate shop which a local told us “sold the best chocolates you’ll ever eat” and also a bakery. We wondered if these places had already existed or whether the presence of the brewery attracted these other great businesses to Mill Yard. 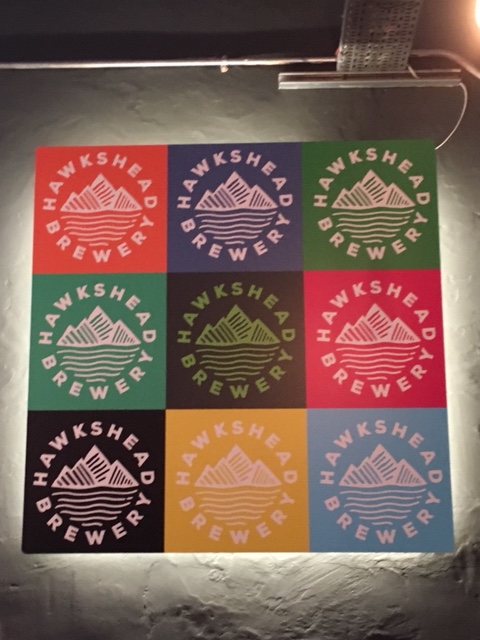 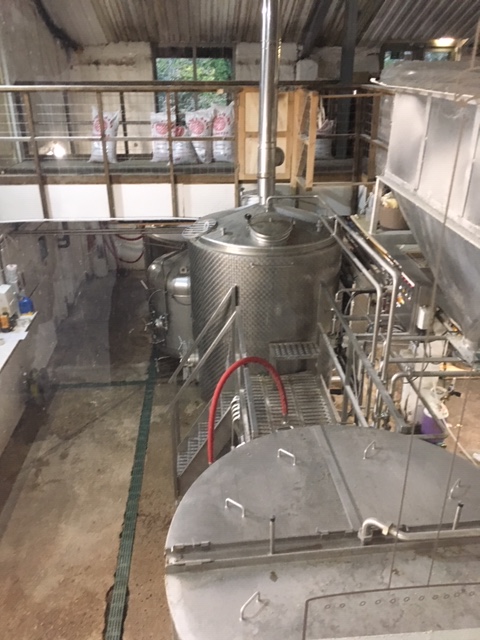 We’d missed the brewery tour unfortunately, which runs every day at 1pm. For £10 per person you get a tour of the brewery which lasts around 45 minutes and choice of a pint or two halves at the end. As we’ve been on many brewery tours before, we were mainly interested in tasting the beer, so we found a good table, got Chips occupied with his new treats and turkey toy and headed to the bar. I started with a half of “Bright Light, Long Nights” a 4.3% Florida Weisse which was fruity and clean with a subtle tartness to it. My boyfriend Rob went for the “Thyme after Thyme” which is a 4.5% gose made with lemon thyme, thyme, sea salt and black pepper. This beer intrigued both of us as it was unlike anything we’d ever tried before – a really strong taste of the sea came through, but in a good way if that makes sense. Rob said it was one of the best goses he’d ever had, so high praise indeed.

The Beer Hall at Hawkshead is very welcoming and all of the staff were extremely friendly and helpful during our visit. They have a great food menu too – we didn’t eat ourselves, however we did look longingly at the food being served around us while we drank and chatted with a variety of different people. You could very easily spend a whole day here, eating great food and great beer and talking – as long as you like dogs that is – the Hawkshead Beer Hall is very dog friendly and we met loads of lovely pups during our visit, to the delight of Chips!

Other highlights on the beer front included the “Great White” a 4.8% cloudy, botanical, wheat beer which was extremely light and drinkable and the “Red” a 4.2% sweet and malty red ale. Rob finished our afternoon at Hawkshead with an 8.5% “Tonka Stout”, which tasted beautiful and the flavour of the Tonka bean definitely came through. I finished with the much lighter “Lakeland Gold” on cask – a hoppy and fruity golden ale which is award-winning and I can see why. Hawkshead also has a great bottle shop on site where you can buy beers to take away, along with a wide variety of merch. I was very tempted by the hoody but decided to save my money – oh well, there’s always next time.

We had a great day at the Hawkshead Brewery and I’d highly recommend stopping off there for at least a few hours if you’re a beer lover on holiday in the Lakes. We will definitely be back at some point, especially as the Beer Hall (and the Lakes in general) are so dog friendly. I’m now thinking ahead to this weekend as on Saturday we are planning to visit the new venue for the Grub food fair in Manchester’s Green Quarter (near where we used to live!). We will also be popping into our local favourites Runaway Brewery and the newly re-opened Beatnitz Republic tap room, before heading over to Hemsley House for the fantastic Salford Beer Festival which we look forward to every year. Look out for a blog next week on my trip to Salford Beer Festival!